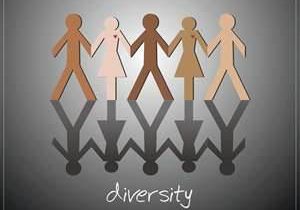 I was told by a friend that I need to post more of ‘life’ type of a stories. This is my attempt to do that.

I have worked in IT all my life. During the internet bust several years back I found my self unemployed. I managed to land a job right away doing consulting work for a utility company in Connecticut. In summary, the utility company had installed some software that my previous employer had created.  Now, they needed some help with it.

The IT field is a melting pot for diversity. You will the encounter all types of races, religions, people.  Nothing prepared me for the diversity I’d encounter in Hartford, Connecticut.

I showed up  to the office to meet a young team lead named “Josh”.  I quickly learned that “Josh” was suffering from the most severe case of ADHD (Attention Deficit Hyperactivity Disorder). He was so off the charts that I later found out he was not allowed to have any products that had caffeine or sugar in them.

However, that wasn’t the ‘diverse’ part about Josh. You see, Josh had a tick. Josh would constantly rub his nose.  Not once a minute, not twice a minute, it was more in realm of 15-20 times a minute. I thought at first he just had a cold or maybe just had a booger that he couldn’t’ get out.

However, that wasn’t the case. I know this tick was harmless, think of how distracting it is when your team lead is showing a presentation and all you see is his hand rubbing his face all the time. I also, didn’t want to shake his hand.

Josh took me to meet the rest of the team. The next individual I met (can’t remember his name) was in control of the software that does the daily builds. Josh, introduced us and I started talking about the complex and asking what type of equipment they use, etc. The guy just looked at me like I was stupid. That was when Josh told me to that I needed to look him in the face.

After finishing up with the deaf guy Josh took me to meet one other member of his team. I went around to a cubical where this guy was seated in a chair that was really high in the air. I didn’t pay much attention to it at first. Josh introduced us (I forgot his name too) and I went to shake his hand. They guy said “I don’t think you want to do that”.

So when we had a team meeting there was a guy who always rubbed his nose, a man taking notes with his feet, and another man who couldn’t hear and would look at you like a hawk if you spoke.