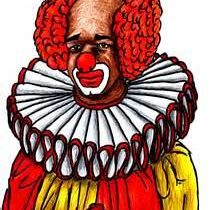 During one of my glorious consulting assignments I was working in Denver, CO for about six months. Denver is a very pretty place and in my opinion has one of the best airports I’ve ever flown out of. I was staying downtown in very nice Marriot Hotel. I have been shacked up in this hotel for quite some time now.

I’m a creature of habit and I do not stray far from my hotel. After work, I grabbed the complementary copy of USA Today left in my room and walked across the street to Wendy’s.  Just a quick note: when you travel if you want everyone to know your from out of town, read a USA Today. Anyway, it was late around 8 or 9 Pm. I finished up my double order of chicken nuggets and headed back to my hotel room.

I am a very witty man. However, at this particular time I was at a loss for words. “Do I want some company?” – What kind of fucking question is that? You’re a dude! Dudes don’t ask each other if they want company in a hotel room! OMG, what to I do!

Was he gay? No clue but I figured he was. He might have just wanted some companionship and nothing in the ‘gay’ realm. However, through some type of ‘heterosexual’ imprinting my body went into the ‘flight or fight’ response.  Let me tell you now, there was no ‘fight’ in there. It was all ‘flight’. I wanted to get the hell out of there with the LEAST amount of physical contact.

I finally responded with a “ No thanks.”  I stuck my head in the corner of the elevator and was hoping to god that he wasn’t on the same floor as I. After what seems like hours I got off on my floor and he went to a different one.

The next thing I did must have been one of the most stupidest things I’ve ever done in my life.

I called my wife and told her.

After 30 minutes of pure laughter she claimed down enough to tell me that she would have to call me back.  Yeah, that was after she called and messaged all her friends. It wasn’t long after that I started getting all kinds of calls and text messages from friends and family ragging on me.

Needless to say, that little incident has provided more than it’s fair share of laughter through out the years.