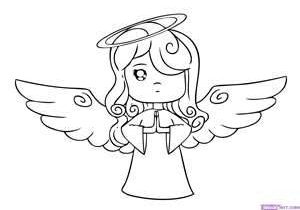 Back in June of 2010 we had some new neighbors move into the house behind mine. Our driveways are shared by a back alley. I’m not Andy Griffith or Mr. Rogers – meaning I didn’t go introduce myself or welcome the family to town.

Don’t get me wrong, I’m not a mean old bastard, cranky, or a dick. I just don’t socialize very much. I go home to be in my fortress of solitude. Anyway, I was out back taking out trash and met our neighbors who were outside in their driveway.  I’m not an expert type of cultures outside of Texas but if I had to guess I’d say my new neighbors were Swahili.

There is a husband, wife, and 3 young boys (maybe 6-12 years of age), and two girls between (10-15 years of age).  Now that I seen them outside it was only polite for introductions. The conversation went like this:

Swahili Dad –“Hi” – and he said it with a huge smile on his face.

Me – “Your our new neighbors. My name is Leo. What’s yours?”

At that point I kind of knew they didn’t know much English. The Swahili Wife came over and said hi. And talked to me a little bit. However, I didn’t understand a bit of her English. I nodded my head, laughed, and went in side.

For the next month or two their kids would play in the alley way. They didn’t have any toys but did a ball, puddle of water, and hula hoop. I kind of felt sorry for them because that’s all they played with. Then my mind wondered into the realm that maybe they were poor and couldn’t afford anything. When you don’t have a line of communication you start to think all kinds of weird stuff.

Then at the end of summer I looked out back to see them riding a little red bicycle. Let me tell you, seeing 5 kids share a bike is an amazing feat. They would ride it bare footed and at times three of them would be on it at once. Those kids loved that bike.

Then the red bicycle got a flat tire. However, the kids didn’t care. They would still ride it up and down the alley with a flat. Several weeks went by and it still wasn’t fixed. I made the assumption that they dad didn’t know how to fix it.

A few days later while I was in my garage breaking something (some call it wood working) the Swahili  kids were out riding that bike. I turned on my air compressor and dragged my air hose to the alley. They rode by and I motioned them to come over and they did. Seemed that even though we didn’t speak in each other language we could still communicate.

They brought the bike over to me. I reached down and removed the air cap and started to put air in the tire. All five of the kid surrounded me and watched in awe at what I was doing. I swear it looked like a photo that would grace the cover of National Geographic.

Then in the tire blew up in about ten different pieces. Rubber went every where and scared the shit out of the kids and me.

The first thing that went through my mind was ‘Shit!’.

Here I try to do a good deed and just make matters worse. I was speechless. I looked at the kids and said I was sorry. Thank god none of them were crying that would have made me feel worse than I already did. I quickly grabbed my hose and walked back into the garage and shut it.

The next day, the kids pass me on the sidewalk, riding that same bike.