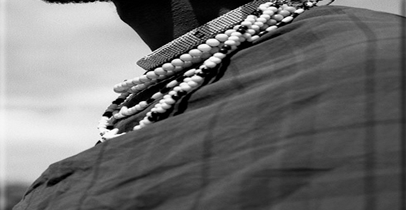 Months have gone by since the “Bicycle Tire Explosion of 2010” and Christmas is rapidly approaching. The wife and I debated on getting the neighbor Swahili kids something for Christmas. Now, for me it was a shot at gaining back a little karma and saving face. The wife felt bad for them because she would only see them playing with a ball. She assumed that maybe in their culture they might not celebrate Christmas or maybe wouldn’t get anything.

So we made our decision and went to Toys-R-Us and bought some books, nerf guns, foot balls, beach balls, some soccer balls. There is also this toy that is a large heavy balloon that comes with a big rubber band. You blow up the balloon, tie the rubber band around it, and then smack the balloon like a paddle ball. It’s called a Punch-Ball-Balloon.

They are pretty annoying and the size of a beach ball.

Anyway, the wife wraps up the gifts and we decided that we would deliver them Christmas morning.

Christmas morning comes and they are not home. A few days got by before I see activity over at their house. Seems they did get a few things -a couple of new bicycles and some little scooters. I seen one of the little boy’s was out side so I carried over the gifts and gave them to him.

He said “thank you”.

I told him ‘Merry Christmas’.

The next day I see a few of the kids in the back yard playing with Punch-Ball-Balloon. They were punching them into their little sister’s  head.

All I would hear is the loud smack of them hitting the balloon then it bouncing off a head followed by “MERRRY CHRISTMAS!”

At this point, I knew four out of five Swahili kids loved Christmas and the Punch-Ball-Balloon.