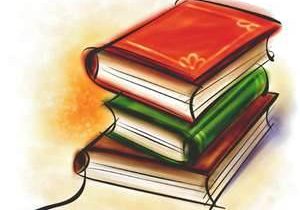 Over the past several months I’ve been converting some of my short stories for publication. In essence,  at the time I wrote most of them – I wasn’t really concerned with the small details like, grammar, sentence structure, spelling, flow. Now I’m paying dearly for that little error.

In the process of editing some of these gems – I would have a brain storm about a new stories – so awesome that it they would kick ass, take names, solve world hunger, and talk sense in to Charlie Sheen!

Score one more for ADD! I’ll never get this crap done. L

Anyway, I haven’t updated my blog in a while. I decided I’d dig back into the old memory archives and share a story that happened to me in my senior year at high school.

It was close to graduation and our senior class was planning our senior trip. I was out of school sick for a few days and missed some of the discussions. Before my English class – I found out our English teacher was going to be one of our chaperons.

Now, the guys were perfectly happy with this choice because our English teacher was pleasing to the eyes. Let’s call her Mrs. K.

Our English class had just about all of us seniors in it. A discussion got under way because Mrs. K was going to take her personal vehicle on the trip instead of riding a bus with the rest of the kids. Some of the girls in the class saw this as a opportunity. Riding with Mrs. K would be hell of a lot more fun that cruising around on a  bus or cargo van.

While the girls were egging Mrs. K to let them ride with her – Mrs. K politely said her car was small and their would not be much room.

It was widely known at school that in past months Mrs. K drove a big truck. So, Timmy  (I kid you not – his name is Timmy) made a suggestion:

Looking a little defeated, Mrs. K. replied “I can’t. It was Bill’s”.

First, I don’t think the “Bill” was the correct name. It was a guy’s name – that’s all that matters at this very moment.

Second, Timmy is Timmy. He was a big city kid busted for drugs and sent to live with a relative in our small country town. He was a poster child for what drugs can do to you.  Sorry ADD again.

At this point, I piped up and said “Bill won’t mind”.

The class fell silent. Mrs. K looked at me with tears welling up in her eyes. It was like I just clubbed two baby seals using a horn from a javan rhino.

She said, “That was the most insensitive thing I have ever heard! Get out of my class!”

Everyone was silent. I didn’t ask why. I just got up and left. I went down to the principals office where I explain to him I had no clue why I was there. He thought I was pretty much full of shit.

He left for 10 minutes and when he returned he was laughing.

“Bill” was Mrs. K brother –n-law. Mrs. K would frequently drive around “Bill’s” truck. Rumor had it – that Mrs. K and “Bill” was an item.

While I was out of school sick – “Bill” went to feed cattle. He jumped out of his truck and forgot to put it in gear. When he went to open the cattle gate the truck ran into him and killed him.

I had no clue about any of this. So when I popped off “He wouldn’t mind” … I didn’t know he was dead.

So, I was told that I needed to apologize but I refused to. I mean, really ? Apologize for something I had to clue about. I decided “NO!” not going to happen. So for a few days I just skipped her class.

Finally, I decided I’d break down and apologize. After class one day I approached her an said I was sorry about what happened.

She looked me dead in the eye and said “I don’t believe you.”

Interestingly enough – I really didn’t mean it either.