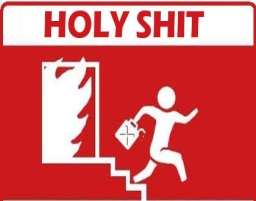 Over the past few posts I’ve introduced “John”. Nothing is made up about these posts and all are factual. Here is one more story and I’ll move on to other topics.

John lived with us for a while when I was young (I think I was eleven or twelve). In my part of the woods in rural Oklahoma (and I mean “rural”) deer season was ‘sacred’.

Folks planned all year long for the last two weeks of November – which was rifle season for deer. Kids at school would scout for hunting spots all through summer and fall. Who killed what, when, and how was always the talk at the gas pump. Looking back, I guess there really wasn’t much else to do.

One of the most coveted activities was ‘deer camp’. Folks who were lucky enough to own land would invite friends out for a weekend camping trip. The guys would hunt all day and drink and shoot the shit in the evenings. My family didn’t own any land and we didn’t have any ‘deer camp’ connections.

John and his crew left Friday afternoon for deer camp.

Like clockwork, dad and I prepare for Saturday morning. We got our gear ready, set our alarms, and headed to bed early.

Around 3:00-3:30 am (it was early is all I know) there was a loud banging at the door. I flip on the lights to the kitchen and living room as I headed for the front door. Dad and mom come out of their bed room in front of me. Dad beats me to the door and pulls it open.

John is completely passed out.

He had two of his friends supporting him by each arm. The first thing that mom and dad thought was he was in a shooting accident. It was cold that night. You could see everyone breathing hard from holding up John.

However, there was smoke coming from John’s leg and his jeans big hole in them. It went from his left knee to the ankle. When dad seen his leg he turned to me and told me to go back to bed. Now, he told me in that “angry, don’t make me tell you twice” type voice that all of kids know way to well. I obeyed and went back to bed.

It didn’t take me long to fall asleep. John and I shared a small room. His bed was on the opposite wall from me and we faced each other.

I woke up the next day and John was in his bed. I thought maybe I had dreamt the whole episode. Then I saw his leg. It looked black. I walked over to his bed for closer inspection. There was this black circle thing that covered his leg from knee to ankle. It had red things going through it and was kind of purplish.

I had no clue what it was.

I got as close as I could without touching it. After a few minutes I just gave up on trying to figure out what he had or what he had done to his leg.

Later in the day – dad filled me in on what had happened last night.

John and his friends were at deer camp getting hammered (drinking) and who knows what else. Everyone went to bed and John passed out by the camp fire. Some of his friends started smelling something weird burning.

It was John. He had rolled over into the fire while he was asleep and his leg was burning. His friends pulled him out of the fire and brought him home.

That’s was my first encounter with a true 3rd degree burn. Mom and dad had taken him to the hospital and he was released that night. I’m pretty sure he was passed out the entire time.

Later in the day when he was conscience I told him I thought about touching his leg that morning. He informed me he would have killed me. And that regardless of what they say about 3rd degree burns – they still hurt.

He found out when the cat jump up in the bed and landed on it.