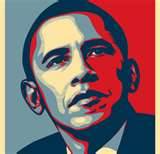 The whole purpose of my blog was so that I could write what I want regardless of what other people thinking or say.

I speak my mind and offer opinions when as I feel like it on this blog and in real life. I try not to hurt peoples feelings intentionally but sometimes I do. It’s usually because I don’t realize I have hurt or offended someone.

A long time ago a college professor told me that if I get my feelings hurt then it was my fault. That I am the only one who controls my feelings and if someone get’s to me then I deserve it.

He is correct. Now, to put this type of self control to practice is difficult to say the least but I’m there.

Now, I had to get that out of the way to write what was on my mind.

I’m not a raciest and never had been. My mom and dad raised my sister and me to tread everyone as an equal. Even through we ‘see’ they are not treated equal … everyone should be.

So, here I am a poor kid going to school in Oklahoma. I watched at the first of each school year how all the Indian kids got new basketball shoes, books, school supplies, and clothes from the state.

Yet, I didn’t get anything. My mom and dad had to work their ass off to get us what little we had.

So, we go through the years and not one time in school when an Indian class mate didn’t make it on the basketball team… did I hear it was racism.

I knew a number of classmates (one in prison now) that are full blood Indian that got pulled over and never once screamed or said racism.

And… not once did I ever say the treatment the natives received over the non-natives was reverse discrimination or racism of any type. Now, I thought it… but didn’t say it.

We all got along ok. Then my sister starts dating a black guy from a neighboring high school. He was a nice guy with good morals and ethics. After a few weeks of dating he came over and broke up with my sister.

The reason was his family didn’t think it was right to date a white girl.
Now, how fucked up is that?

Anyway, I got off on task on what I really intended to write. Everyone in the news has heard the latest Obama story that involves the white police officer and the black home owner.

I’ll be honest, I like Obama. I could care less the color of his skin or his nationality. We teach everyone in today’s job market that characteristic doesn’t mater. Yet, everyone holds the president to a different standard.

As long as he can do the job, he could be any one in my book.

How ever I think Obama sealed his doom on reelection and support from the people. Police Officers have hard job and every day have to worry about weather they are going to live or die.

Here’s the kicker… you would think that the President of the United States would have enough advisors to tell him:

“Mr. Pres, the officer was following protocol. There were reports of two black men breaking into the house and the responding officer found a black man in the house. He was doing his job.”

Yet, it seems that Mr. Obama decided to speak before actually finding out the true facts. I am almost %100 certain that if the police is called because two white guys were seen breaking in to my house and they showed up and found me… they would detain me until they figured it out.

All I can say is that the home owner is a fucking asshole. Yes, I said it. You’re an asshole. To take a situation that could have been resolved so easily and make into something about racism is appalling. It just goes to show you can go to Harvard and still be a complete prick.

Then to bring the president into this mess makes it even more despicable.  I know it was the Pres. Choice to get involved. Yet, I’m pretty sure that Mr. Homeowner called him up with only half the facts.

To make matters worse was that Al Sharpton and Jesse Jackson had to mouth off about how bad this racial profiling was.
It amazes me that the four prominent people:
1. The Pres.
2. The Homeowner (Harvard something or other)
3. Al Sharpton
4. Jesse Jackson
who should know all about the due process & police SOP; yet acted so ignorant in this case.

In Denver a few years back I was grabbed by two cops and thrown up against a wall and handcuffed. I was told that I ‘looked’ like a white felon who was staying at the same hotel. After they reviewed my ID they let me go.

Is this ‘racial profiling’? Fuck no.

You see a black man in a house where it was reported that a black man was breaking & entering and you hand cuff him… is that ‘racial profiling’?  Fuck no.

If any one set back race relations 30 years … I can tell you this it wasn’t the white guy.

Also, to all the Obama haters out there, you really need to thank Mr. Gates. His actions alone will be the single cause that will keep Obama out of the White House for a second term.